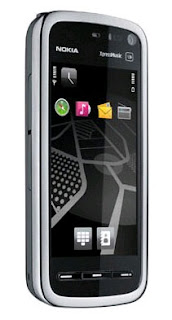 Nokia 5800 Navigation Edition comes with support the latest Ovi Maps and voice-guided licenses Drive and Walk navigation are valid for eternity. Apparently the feature only applies in some countries only. In addition to the additional navigation features, the other specifications of this phone is the same as before.

Nokia 5800 Navigation Edition will be released in the near future, around the end of the third quarter. Price Navigation 5800 is € 285, or about $ 410. With the addition of Nokia Car-kit and Car Charger in packaging.