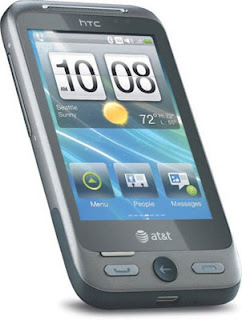 A non OS Android cell phone and non OS WP7 latest from HTC officially announced at CES 2011 and was named HTC Freestyle, the plan was ready in the market on February 13, later

HTC Freestyle already be available on the market the United States on February 13, later with the price of 99.99 dollars. Although not equipped with the Android operating system or Windows 7 Phone, HTC Freestyle but still promising feature that is quite interesting. 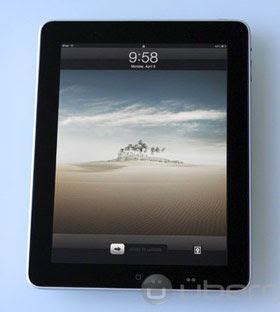 A rumor about the iPad 3 appeared in cyberspace. Rumors iPad next generation of iPad 2 has to be present in September 2011. As Ubergizmo information, until now the online media is busy talking about hot topics. Yeng is clear, the rumor states that iPad 3 will come sooner than scheduled.

But still, this news is still a rumor, so it can not ascertain the truth as well. In addition, there has been no official explanation from Apple about this rumor. We therefore advise you to not believe this news directly granted. Because based on the latest reports, current IPAD 2 only still in the stage production. So could this news only rumors.

So for certainty about the news of the iPad 3 which will be available in September, we wait for further information. 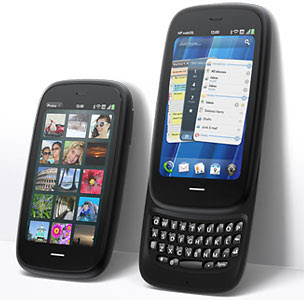 Strengthening its position in the smartphone market, Hewlett-Packard (HP) recently added a collection of smart phones. The giant U.S. computer manufacturer was immediately presented two smartphones that have a sliding design like the BlackBerry Torch is named HP Veer and HP Pre 3 webOS

After waiting long enough, eventually the results of HP's acquisition of Palm to fruition. Just like the HP tablet touchpad, the two latest smartphone will come with a WebOS.

We start with the successor Pre 2: HP Pre 3. This smartphone has a capacitive touch screen of 3.6 inch WVGA resolution 480x800 pixels large. Similar to the BlackBerry Torch, it also comes with a Qwerty keypad slider at the bottom.

Then HP Veer is the second new smartphone from HP. Similar to the palm Pre ? HP Veer also comes with a Qwerty keypad slider at the bottom. Only, HP Veer smaller and compact than HP's Pre 3. In addition, HP Web Veer also run OS 2.2.

HP Veer offers capacitive touch screen without the frame at 2.6 inches, is equipped with multi-touch features and a resolution of 320 x 400 pixels, smaller than Pre 3.

If you see a brief physical, HP Veer looks more robust. But, for performance, the processor is not as smartphones with Pre 3, only a 800 MHz Qualcomm Snapdragon 7230.

HP Connectivity Veer equipped with HSPA +, Wi-Fi 802.11 b / g, Bluetooth 2.1 and microUSB 2.0. There is no CDMA network here. However, HP Veer has a 5 MP camera as well even without autofocus.