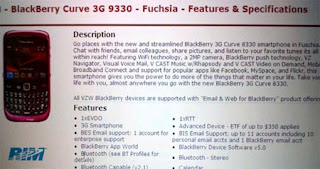 BlackBerry Curve 3G 9330 has specifications similar to the 9300 version but other than using the CDMA EVDO network, the color of the casing of the device body is also different.