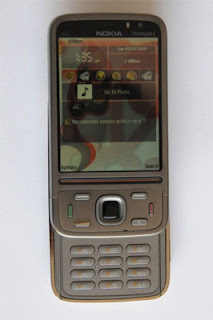 A prototype of the Nokia N00 mobile phone suddenly appeared on the eBay auction site. The phone is believed to be the successor of the Nokia N86 is not so present to the market. The prototype of this phone can also be directly used like other phones, no beret and looking very rarely used.

What is clear is that the alleged cell phone Nokia N87 mobile phone is seen as an official production of Nokia and not as Chinese product. The phone was found in a bar in the unlocked state and functioning optimally.

The prototype Nokia N00 has a sliding design with a keypad or older, Carl Zeiss 12MP camera, Xenon flash, and Wide Angle lens. But, this phone may not be marketed because it focuses on the Nokia N8 which uses base Symbian ^3 and also has a 12MP camera.