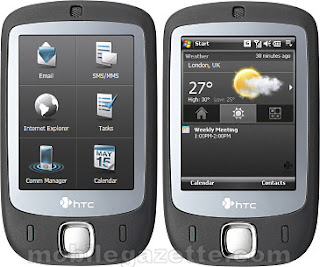 Although so far HTC has strong links with Google, because often they make a handset for Google, it does not mean the competition between the two cool deep calm. The evidence recently, Taiwanese vendors are planning to produce a smart phone designed to compete with the elegant Nexus One. Although not known the name of the phone, but HTC will pair the Qualcomm chip, but not Snapdragon Brew MP. This chip cards will support the operating system between Windows Mobile or Android.

Mis Asia was launched on Monday (1/11/2010), HTC will be making the phone comfortable to use and far cheaper than existing smart phone in the other wireless industry. In addition, the company also ensures the product will be made larger and more powerful than his nephew, Nexus One.

Other features are also embedded in this handset, touch screen with a size of 2.8 inches and supports WCDMA network. Unfortunately, HTC has not any further indulgence in what price offered, which claimed it was much cheaper.

The phone itself will be released in Asia and Europe in the middle of this year. However, the phone has not disclosed whether it will enter the United States in the near future or not.